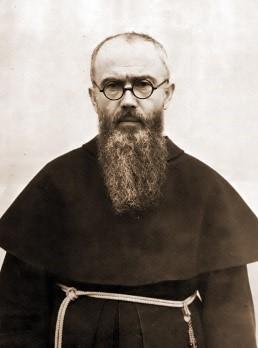 The Year 5/6 class saint for this year is Saint Maximilian Kolbe. Maximilian Kolbe was a Conventual Franciscan friar and Polish Catholic priest who offered himself to die in place of a stranger during the context of the  Second World War in the German death camp of Auschwitz. Additionally, Kolbe had been dynamic in encouraging the veneration of the Immaculate  Mary, founding and supervising the monastery of Niepokalanów near Warsaw, whilst simultaneously operating an amateur-radio station, and founding or running several other organizations and publications during the conflict. As a result of the aforementioned, Maximilian Kolbe epitomises our Values and Virtues for this half term as he used his eloquence of thought, activism and oratory to maintain the faith of others and continue to live out the Word of the Lord. Similarly, Kolbe reflected the truthfulness and clarity of his faith through his selfless intentions during a time in history that was dominated by belligerence and death. Now, as we have faced -and continue to face- a time of similar struggle and uncertainty, Saint Maximillian Kolbe is the perfect saint to guide us throughout the year as part of Year 5/6 and as part of the wonderful community of Our Lady of Grace. 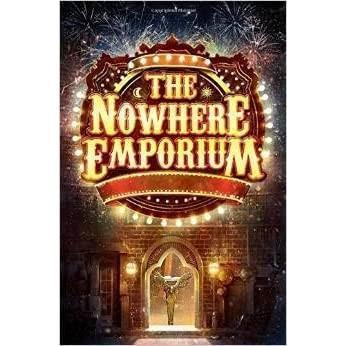 Whilst simultaneously completing our study of “Whistling in the Dark” and “Skellig”, the children will be introduced to “The Nowhere Emporium” by Ross Mackenzie. Winner of the Blue Peter Book Award 2016, this sparkling fantasy adventure is a glorious tribute to the powers of the imagination. Young Daniel Holmes, our protagonist first stumbles into the Nowhere Emporium as he flees from the bullies from the children’s home where he lives. He’s fascinated – and who wouldn’t be – the shop is a cave of wonders, stacked from floor to ceiling with beautiful objects. As for the shop owner, he seems to be a magician. Next day Daniel is knocked down by a car, only to wake up in the Emporium, which becomes his home. He realises the shop truly is magical, travelling through time, entertaining and delighting customers across the ages, while Mr Silver the owner builds strange and wonderful worlds from their imaginations. Not all in this world is happy however, and when Silver’s enemy Vindictus Sharpe threatens to destroy it, Daniel is the only person who can stop him. Ross Mackenzie cultivates a dazzling fantasy world that is hoped to truly engage and catalyse the imaginations of our wonderful class

In this unit the children study the story of Easter from the perspective of Thomas. The work contained in this unit will require them to think about reasons why Thomas did not believe in the Resurrection of Christ at first and why people today believe that Jesus is risen from the dead. Children will also learn about Easter and the promise of eternal life.

They will be introduced to some associations with Baptism and the celebration of a Christian funeral.

P.E. will take place on Fridays

For more information on what we will be looking at across the curriculum in Summer 1 please see the information sheet below.

Ideas of books to be experienced.

The Dragon with a Chocolate Heart – Stephanie Burgess

The Girl of Ink and Stars – Kiran Millwood Hargrave

There’s an Indian in My Cupboard – Lynne Reid Banks

The Village That Vanished – Ann Grifalconi

Boy in the Tower – Polly Ho-Yen

The Sword in the Stone – T H White

A Wrinkle in Time – Madeleine L’Engle

How to Live Forever – Colin Thompson

The Island at the End of Everything – Kiran Millwood Hargrave

Letters From the Lighthouse – Emma Carroll

The Many Worlds of Albie Bright – Christopher Edge

I Am David – Anne Holm

The Boy in the Striped Pyjamas – David Boyne

The Kingdom by the Sea – Robert Westall